The birthing had been harder on Mhrnsh than he’d thought it would be.

Purposefully expelling himself at the triumphant end of the long ceremony had been a very troubling thing for him to do, but also something very necessary. He might have ruined the moment by staying: his utterly selfish feelings dominating his mind which would- and should- have been focused on the miracle which had just occurred for his friends, Shnndr and Kshtk.

Mhrnsh thought his friends would understand. Perhaps not immediately, but certainly as time would pass. But that was the last thing on his mind right now.

He rushed to his partner. They had something of great importance to discuss.

What he had just experienced helped him to make a decision he had been wrestling with for the last long while, since their last failed birth together. There was no denying, to Mhrnsh, that the troubles the Stalac had with the miracle of birthing were somehow related to the great quakes which had been happening for the last few years. Ever since the first one, which had happened shortly after Mhrnsh was finally considered to be of age, there had been difficulties… and with each passing quake, the difficulties seemed more apparent to him.

No one knew what was causing these disturbances. No one had cared to find out, because to do so would mean leaving the safety of the caves which the Stalac spent their entire lives in. No one had been damaged, or Crumbled, because of the quakes. It was a minor annoyance that most around him simply attributed to the ever-deeper tunnels they were digging. It was easier that way.

But Mhrnsh knew the answer was out there. And this past experience helped him resolve to find it himself.

His partner, Shhkt, had some reservations, of course. He was very much a Stalac, in very many ways. One which often came up in this conversation was “Staying in the Caves.” It was rumored that many bad things had happened to those who had left the caves, for whatever reason. Dusting Stones, the worst punishment that could befall one of their own was to be driven from the caves and forced to spend the rest of their years on the surface. Going out there was akin to asking to Crumble, to be unmade.

Mhrnsh was going to leave this place. But he first needed to convince Shhkt.

Opening the door they’d carved themselves out of a mightily large piece of Shale, Mhrnsh burst into their house. There was Shhkt, sitting in the living area, softly glowing in the soft glow of their Crystal. He noticed Mhrnsh almost immediately.

Shhkt’s voice was immediately soothing to the still very startled and emotional Mhrnsh. He lost all thought, and immediately went to join with Shhkt. Joining was faster than talking, after all. At least when it came to emotions.

They Joined quickly, touching heads and gazing deeply into each other’s eyes. In his mind, Mhrnsh could see exactly how Shhkt was feeling at that moment: The hopeful thoughts he had concerning their friends’ Birthing, the worries he had about their own, the concerns he felt when Mhrnsh walked in unlit. And, of course, Shhkt could see all of Mhrnsh’s feelings. Including his resolve to find what was preventing them from successfully having a child.

Their Joining broke as quickly as it had formed.

“Oh, my Opal, please say I might convince You to stay,” said the voice of the only Stalac who had always been there for him. “I do not want to lose You to Your travels.” Shhkt spoke with the tiniest hint of yellow glow showing from his chest… and and accompanying bit of fear tinting his voice.

Mhrnsh, however, was inconsolable. “To have to go through what we have gone through, when our bond is just as strong as the one which Shnndr and Kshkt share, is something which I cannot allow to befall us any longer.” His voice did not tremble, but it did waver… or perhaps falter, as he had been doing so much as of late. “I do not want to leave You, or the caves. And I certainly do not want to be lost to skies… But I cannot continue on like this. It is crumbling me with every passing day. And I know it has not been easy on You, either, Shhkt.”

Shhkt started to object, but caught himself. Taking a moment to think things through, he calmly said, “Yes, these years have been hard. Ever since the brittling quakes, things seem to have been getting worse. But losing You would be too much to bear.” Shhkt took a step back, and looked away. “I was so sure the last Birthing would work. We did everything right, cut every edge so perfectly. He would have been such a wonderful child, to carry on after we begin to crumble away.”

Looking back at Mhrnsh, he then said, “But having You there was what got me through that. I would have fallen apart if it weren’t for You. I couldn’t have borne that third failure if it were with anyone else.” Shhkt implored, “Is there no other way? Something else we could try, before casting You off to the damnable skies?”

Mhrnsh looked into the eyes of the one he cared so deeply for, and they both knew the answer. It only fell to him to say it.

“We’ve tried everything we could think of. This is all that is left, my Stone.”

That simple word of affection now felt as though it weighed two tons, dropped upon the feelings currently flowing through Shhkt. He flared Yellow, and the Deeply Translucent blue of sorrow, casting sea green light which both reflected and emanated from Mhrnsh as well. They both saw the sincerity of each other’s emotions, and then, Shhkt took his partner in a (very rare for the Stalac) embrace.

“Stay tonight, then. Leave after one more recess together. It will have to last us quite a long time.” That was very true, and they both knew it. It was common knowledge that few Stalac who left would ever return to the caves. It may well be their last evening together.

Mhrnsh would make sure it was one they would not soon forget. 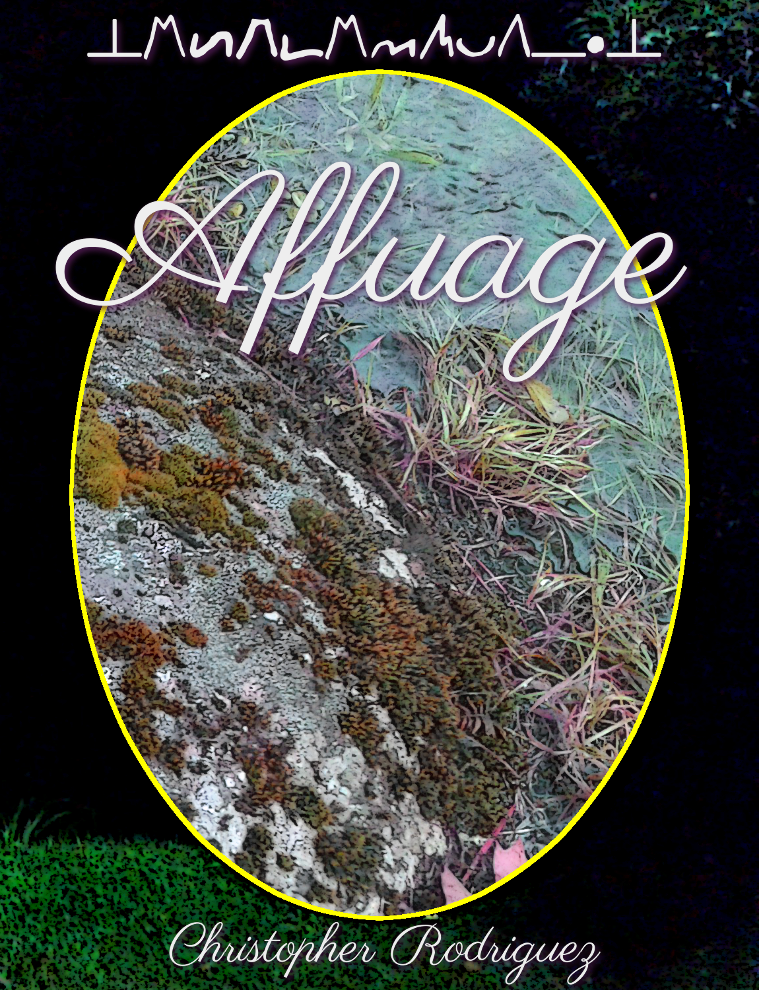